Share a memory
Obituary & Services
Tribute Wall
Read more about the life story of John and share your memory.

Whichever name you knew him by, John was a fixture in Westfield.   John took great pride in being born and raised in Westfield where he called home for the last 85 years.

John was raised on Little River Road until he went off to a small college in Wisconsin.

At the end of his Freshman year, he came back home where he met the love of his life, Joan Matchett from West Springfield.  After their initial introduction at Shaker Farms Country Club during the summer of 1957, it quickly became clear in John’s mind that he was not going back to college that fall and jeopardizing losing Joan.

John and Joan were married for 61 years and raised their four kids on Elizabeth Avenue.  A house and neighborhood he called home for the rest of his life.

Family quickly became John’s priority and enjoyment. Whether it was for a track meet, a band outing, baseball or hockey game, John would follow his kids anywhere in New England. He was an avid New England sports fan, and loved watching the Bruins and Red Sox.

John was devoted and loyal to family and to his work.  He was a simple man who took pride in his job at Micro Abrasives, which he held for 37 years.  Here he met many lifelong friends.

John passed away peacefully leaving behind his wife Joan of 61 years, daughters Deborah Ensign of Westfield, Patricia Ensign of Manchester, NH, Dr. Allison LaRusso and her husband John of Boylston and son Steven Ensign and his wife Sharon of Southwick.  He also leaves behind six grandchildren, Taylor LaRusso, Sarah LaRusso, Andrew LaRusso, Gillian Ensign, Nicholas Ensign and Brielle Ensign as well as his sister Gail Ensign of Agawam.  Taylor and his Grampy shared a special bond, sharing a common interest in watching trains and taking countless rides up to the airport to watch the jets.  John was predeceased by his mother and father, William and Bessie Ensign, his brother Bill Ensign.

Thank you to all the neighbors of Elizabeth Ave. (past and present).  You made a neighborhood a home. Prayers, support, and well wishes from friends of the family have been comforting.  A special thank you to Judy Arra, Charlie Bull and Dave Trotman. Your friendship over the years will never be forgotten.

A private service will be held for the family only.  In lieu of flowers, donations can be made to Westfield Youth Hockey and/or the Shriners Hospital for Children. www.firtionadams.com

To send flowers to the family or plant a tree in memory of John T. Ensign, please visit our floral store. 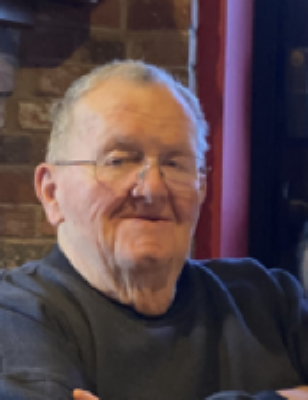